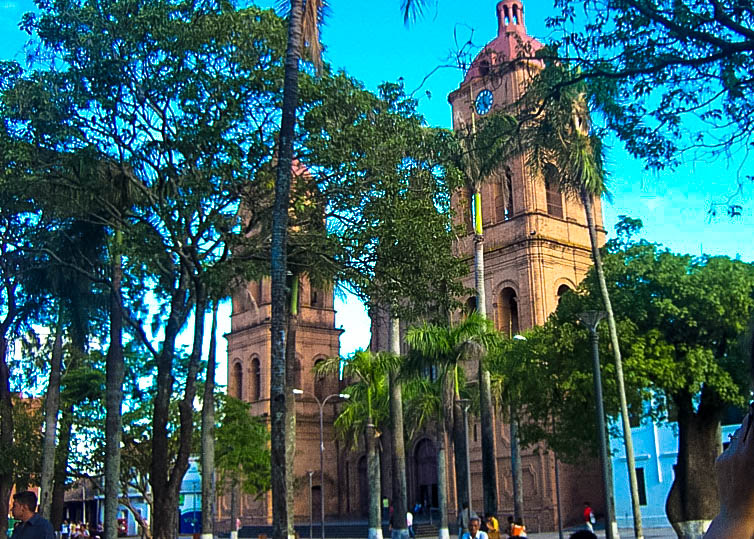 Our Story – Day One

This time of year means that we have a lot of folks stopping by for a visit at Embracing Hope Ethiopia.  Many times those folks will ask a very personal question, “So tell us your personal story and how you got to this place.”   It is at this point I usually ask people how much time they have, because like all of our stories, our is full of twists and turns and can take hours to tell well – but it always is directed toward the work of our Amazing God in our lives.

As the question kept coming up I realized that it has been a long time since we shared those stories here on this blog.   So, for the next 4 days, I ‘ll share a bit of our personal story in how we ended up in Ethiopia, why we are still here and how we ever got involved in seeing Embracing Hope Ethiopia start in serving Moms and kids.

So, grab a cup of coffee and read along.  Oh, and please share your story with us, too.  We love hearing about the ways God directs others through the twists and turns, too. 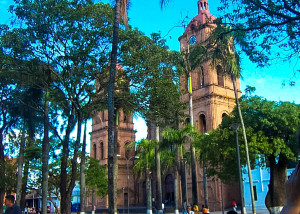 I’ll start our story in 2006. While it started long before that, but this is already going to take a series of blog posts just to recount the past 9 years…let alone the past 20.   In 2006 Christy and Jerry had one of those life-changing God-encounters on a trip to visit our friends, The Hoffmans, living in Santa Cruz, Bolivia. One night as we walked home from dinner, a scene was highlighted for us that we easily could have passed by multiple times in the days prior. There on the street was a young, small Bolivian girl along with a woman. I still to this day know nothing about that little girl. But, what I do know is that as I allowed my eyes to connect with her eyes, I was instantly broken. I saw something in her. I gave her a few cents and kept on walking, but those split seconds of interaction left me wondering what God was doing. For weeks I could not shake that little girl’s deep brown eyes. God used them to cut me to my core. Here is what I blogged about that encounter back in 2006.

Those eyes.  Its been a week now and I still can’t shake what I saw as I looked into the eyes of that little girl.  We were minding our own business walking towards the Plaza de Septembre 24 in downtown Santa Cruz when this little girl came running after us.  I turned to look at her and her eyes caught me – I had to try to look away…

This little girl is but a pawn to help make money for her boss.   But this little girl is also “one of the least” of whom Jesus loves so much.  In the midst of an encounter with her I was undone – and still am.   The image of her grabbing Christy’s hand and pulling at my shirt is a hard one to shake.   My heart breaks as I think of her – oh,  how I wanted to help her.   She desperately pleaded with us in Quechua (a native language) to give her something which we could not understand and then she was so easily paid off with 1 Boliviano (the equivalent of 12.5 cents).

This little girl is a beggar on the streets of Santa Cruz.  She does not go to school, rather she spends her whole day and evening sitting with her mother (or someone posing as her mother) to make money to survive.  It is a desperate cause.  She is far from home, having traveled to Santa Cruz from Potosi (a 3 day ride by bus on dirt and gravel roads) and now living in deplorable conditions outside of the city.   She is homeless in Santa Cruz, but has very little to return to in Potosi.  Potosi at one time was the richest and largest city in Latin America.   Silver was found there in the 1500s and the economy boomed.  The town swelled to 200,000 people (making it the largest city at the time) and 86 churches were built in the area. By the 1800s the price of silver dropped and many of the mines dried up.  Their economy has never recovered.  Tin mines opened as well, but never could spark a recovery.  Potosi sits at over 4,090 meters above sea level (that’s 13,418 feet) making it the highest city in the world, which means that most crops cannot grow there.  This leaves over 125,000 people without work and without food, but facing very harsh weather conditions.

So, many of Potosi’s residents relocate to cities like Santa Cruz for 3 months or so to try to beg enough to survive back home in Potosi.    And if you are a child you become a great tool to try to help earn money for your family or for others families.   The people from Potosi have desperate stories (our friend just talked with a woman last week whose baby was starving to death in her arms because she was unable to produce milk and there was no one to help her provide milk for her child) and are in desperate need.

So, here I sit at my desk, finding it hard to shake the image of that little girl.  My prayer is actually that I never lose sight of her.  As I hold her in sight I am constantly reminded that she is who Jesus would have hung out with.  She is one who would have been open to hearing the good news He had to share with down and outers.   I am also reminded that Jesus told us that when we serve the poor and destitute we are serving Him.   He has empowered us to do the Kingdom stuff He did (including taking the Good News to the poor in action and deed)  – not to lick our wounds or to focus on building our kingdoms and making our livings.  Sure, I have needs, but nothing like this little girl.  What if God’s desire is to use people like you and I to meet these needs  (it would seem from reading the Bible that this is true – we are the rich (by comparison) after all).   God, may that little girl’s eyes always be imprinted in my mind – and may You care for her.

Undone by a little girl’s eyes and His grace and mercy,
Jerry

It was soon after that interaction, that I finally caved in and said yes to Christy that it was time to adopt. We had talked for 10 years, since even before we were married, that we would adopt one day. I kept dragging my feet; waiting for that special time when it all seemed to make sense, the bills were all getting paid, easy street had arrived and the stars had aligned. Instead, God used a little girl’s big brown eyes begging on the streets of Santa Cruz to motivate me that it was time to consider adoption. 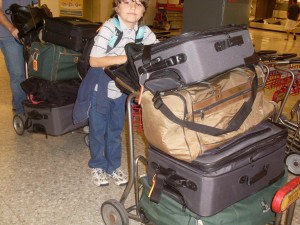 Joshua on that first adoption journey to Ethiopia

In 2007 we started the adoption process in Ethiopia. Originally Ethiopia was not even on our top 5 list of places for us to consider adopting from, but as we prayed and discerned, we felt that perhaps God was leading us to this program. Back then it was super fast compared to todays standards and in May of 2008 we received a referral for our beautiful 5 month old daughter Hanna. It was so great to see the picture of the one we had been praying that God would add to our family. Three short months later we boarded a plane and traveled to Ethiopia to welcome Hanna into our family. Our visit in Ethiopia was so beautiful and wonderful – we were forever changed.  We also left Ethiopia with a commitment that whatever it took, we would  keep Hanna’s rich birth heritage in place for years to come. Little did we know that would mean living in Ethiopia for almost 6 years now.

When we took that adoption trip, our family was already in a large transition. We had planted a church in Lancaster, Pennsylvania 7 years before, but we sensed that God was calling us to hand over the church and engage in new ministry. Specifically we sensed Him calling us to the city. We thought that our next step would be church planting in a neighborhood within the city of Philadelphia – a most logical choice. We never expected that God would have us move a bit (like 8,000 miles) further east.

Within a month of returning from the adoption trip, Christy said that she felt like God might want us to move to Ethiopia. I told her she was crazy and then I gave 3 rock solid, iron-clad reasons why we should not move there. One, I did not want to have to learn Amharic, the national language of Ethiopia. Two, there was nothing for me to do in Ethiopia. I believed (and continue to believe) in indigenous leadership whenever possible. With there being so many great leaders and pastors in Ethiopia, why would God want me there? And Three, I was against having to raise support. I had finally moved from being tri-vocational to bi-vocational to actually receiving support from the church. I loved the ministry opportunities I had and the flexibility. Why would I ever want to give that up to start raising support to live as missionaries? No Way.

Our Story continues tomorrow.  Please Stop back for Day 2.

← Our New Partnership with Bridges of Hope
Our Story – Day Two →