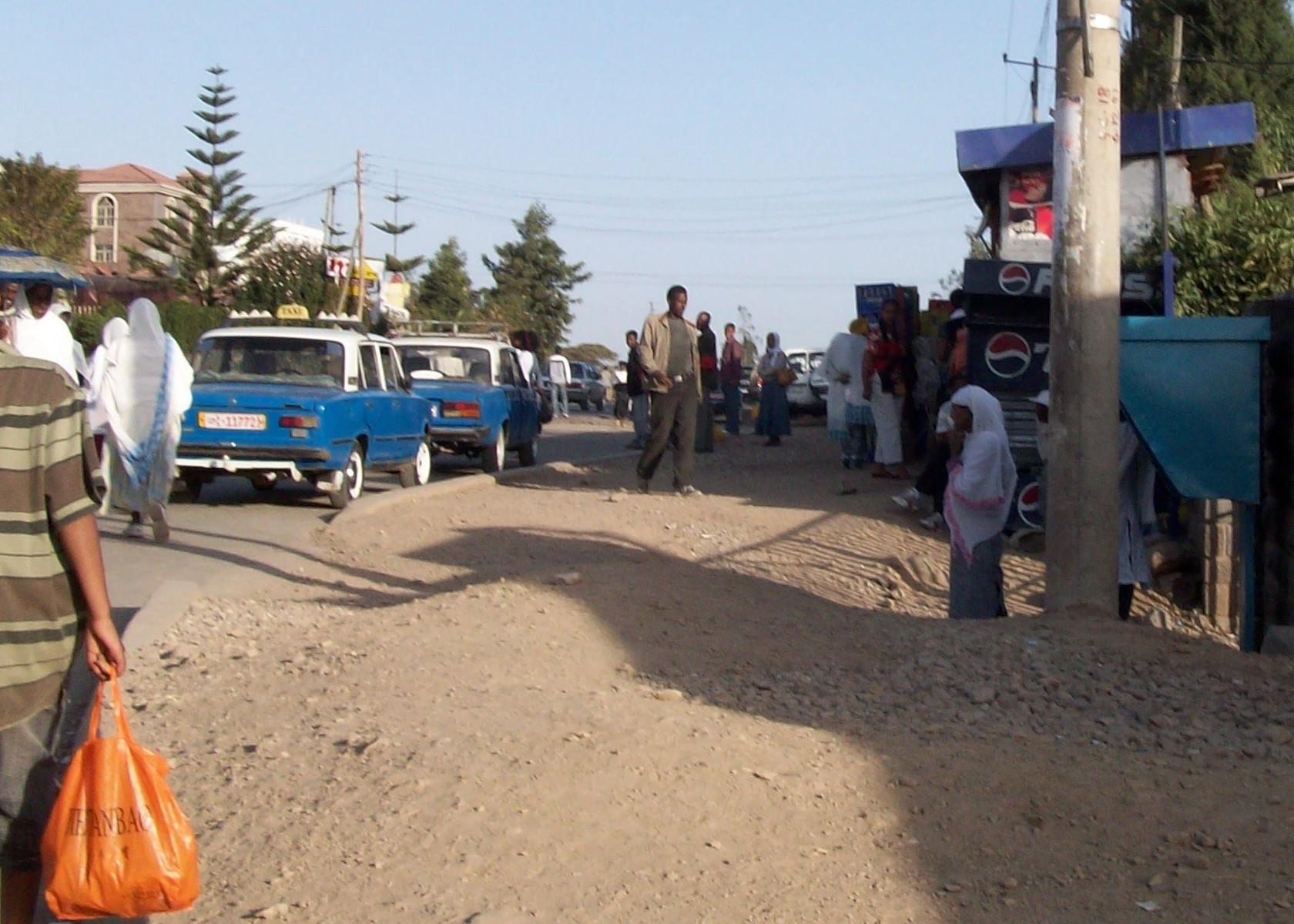 Continuing our story from yesterday.  If you didn’t get to read where our story started, then please click here to read Day 1.  We love sharing this story, because it reminds us of all that God has done in His timing and in His way.

I had dug in my feet and there was no way I was giving in. But Christy was praying. Christy started to pray with a friend of ours that either my heart would be changed or her passion for moving to Ethiopia would subside. You see, Christy not only had a sense of being sent in her heart – but she also had started to wake up in the nights with the sounds of whole villages of mothers weeping for their children. She couldn’t shake it. Her prayer was that God, in His mercy, would either make those screams stop or He would move me.   And move me, He did.

In January 2009, I was away on a prayer retreat when God started reminding me how He had made us for the poor. Time after time we had found ourselves in places where we naturally served the poor, the broken, the cast off and the addicted.   But, I had an immediate response to dodge that pressure – “There are many poor in Philly, so lets go serve them.” Again, it seemed logical to me. Hopeless and Dense – those are my middle names. 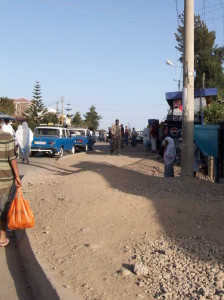 Christy kept praying intently for God’s Will in the midst of it, and He kept answering her prayers. In February 2009, I started seeing a vision that I felt was from God. It was like a moving picture, in bright techni-color engaging all of my senses. It was a bit crazy. I was standing on a street in the Gabriel section of Addis Ababa. I could feel the wind. I could smell the smog.   The dust was
swirling.   But the road in front of me was deserted. No people, no sheep, no children, no cars. I was wearing clothing that I normally would not have worn and I started walking. I walked for a block and then the picture started over. The picture was relentless and stayed with me for about 2 days. I finally asked God to either give me something more or to take the image away. The picture stopped and I breathed a sigh of relief.   I did not speak a word to Christy about it. These were sure signs to me that it was eminent that God was dragging me to Ethiopia.

A week later the same vision started over again in the same brilliant techni-color and with all senses engaged. But this time there were children walking with me. These children were broken. Special Needs. Impoverished. Sick. Malnourished. Dirty.   In this vision they walked with me for a block and as we walked together they got well.   At the end of the walk they fanned off and the picture started over again with a new bunch of kids. I got the impression that the ones before had gone off and told their friends. It was a bit unbelievable the extent that God was willing to go to speak to me about this situation.

Finally I was broken. Finally I told Christy about how God was wooing me to Ethiopia, also.

While God put my attention on Ethiopia through the picture, I still had no idea what we would do in Ethiopia.   I had no grid for, “Let’s move to Ethiopia and care for the babies of poor women so that they can go to work” at this point in time.   Starting a day care in a slum would have seemed even more ludicrous to me than moving to Ethiopia in the first place.   So, we started praying.

Later in February we attended a church planting meeting in Miami where a friend of mine asked me what we were doing now. I told him that Ethiopia was deep in our hearts and we were dreaming of moving there, but still had no idea what God might send us to do. His reply floored us. He started to tell about a group of churches in Ethiopia who were dreaming about having an English speaking pastor, with a heart for Ethiopia come to train young leaders and help start an English speaking church that could facilitate further church planting throughout the country.

English speaking. So, I didn’t have to learn Amharic! Hurdle number one gone. Church Planting and Leadership Development. I now had something practical to do that matched my experience! Hurdle Number two gone. We’d still have to raise finances, but God removing 2 of my 3 barriers seemed pretty generous. I was almost hooked. But first I wanted to run this by my mentor John. He was a guy with lots of wisdom and common sense. I was sure he would talk me out of doing anything so stupid with my life. He would talk some sense into this father of 4 and tell me to take the road of planting a church in the US.

The one thing I had forgotten was that John used to be a missionary. He took his wife and his new baby at that time and settled in the slums of a trash dump in Thailand. He never took the easy way. After I had finished giving John my speech about Ethiopia and how silly this dream seemed, he looked across the table and asked a simple sentence that again cut me to the core.   “So, what’s holding you back?” After I accused him of not playing fair and me being mistaken to think that he possibly could be my friend while encouraging me to do something so stupid… I agreed that yes, this very well could be God’s plan for us.

One week later Christy and I dropped the kids off with friends and we set off prayerfully to Ethiopia for a short vision trip – full of excitement and wonder at what God might want to do with this time.   It was an amazing few days as we traveled by public bus to the city of Hawassa (another adventure in and of itself), looked for possible places to live and met with church leaders.   God was deepening Ethiopia in our hearts and minds. We even got to meet with ministry leaders there who welcomed us and encouraged us to come. The original door of working with young leaders had since closed, but still there was an identified need for an English speaking church in Addis Ababa.   Finally I had some clarity – and best of all it almost made logical sense.

We returned from that short trip to many encouraging words of confirmation. We set a date of the end of September to wrap up ministry at the church in Lancaster and then make our new transition to Ethiopia.   It mostly went according to plan, we raised money over those 6 months, sold almost all of our belongings, left Lancaster in September and settled in with Christy’s parents for 5 weeks.

On November 5 we packed our 4 children, 16 suitcases and ourselves on a plane set for this new adventure. 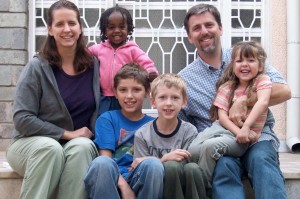 Our first Christmas in Addis.

On arrival in Addis, we moved in to a guest house and started language school. We were full of vision and impatience. We were learning culture formally and informally through big mistakes.

And then the crash came. We began to sense that those original leaders we felt led to partner with were distancing themselves from us.   It took us 4 months of great heartache, but finally we learned that they did not agree with us coming in the first place. They simply said “Yes” because their culture would not permit them to say “No.”   It was a gut-wrenching lesson in cross-cultural misunderstandings.

So, we shelved the desire to plant a church.   We did a lot of crying and a lot of soul searching. It was a season full of anger and sadness. We had left a good, comfortable life in the US to chase after a dream that was now dead. We started to pray about what God would have for us. I found myself in the midst of an identity crisis. “Who was I anyway?” I had nothing to do. I had no colleagues on the ground. There was no team and no vision. Even some of our relationships back in the US became greatly strained during that season as we tried to feel our way through the fog.