Today we continue in the story behind Embracing Hope Ethiopia – and how our Great God loves to redeem and work His Plan, even when those following Him are stubbornly dragging their feet.  If you missed the first two days of our story, you can read them here (For Day 1 Click here)  and (For Day 2 Click here).

While everything in me just wanted to pack up and head back to the US, as we prayed we sensed that God was not yet done with us in Ethiopia. No matter how it felt, we needed to stay and gut it out while seeking His vision for us coming, not mine.

Gut it out is exactly what we did. There were days filled with excruciating emotional pain and darkness. There were other days filled with a simple joy of wondering what God was doing. We found a couple of foreign friends here and there. We started making deeper friendships with Ethiopians. We were settling in, despite the uncertainty. Later on we would find out that our story is a very common story in Ethiopia. So many missionaries here are no longer doing what they came 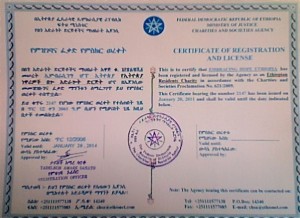 to do.   Their lives had fallen apart too. Misery can make for great company.

As we prayed, we knew that God wanted to open up doors for us to do something among the poor. We weren’t sure what, but we were committed to seek Him. Along the way for both of us, God started to highlight women who were begging on the streets with their babies. Maybe God would have us try to help these families to stay together rather than mothers needing to give up parental rights for financial or health reasons.   But how?

When Christy and I first started to talk about the idea of family preservation through providing child care, we did not tell our kids anything, except that we hoped to work among the poor. Then another of those God moments happened. One Sunday, while Christy and I were making lunch in the kitchen after church, our daughter Caia entered the room. At the time she had just turned 6.   She looked at us and said, “Mommy and Daddy. Have you ever seen those mothers who are walking around the city carrying heavy loads while trying to carry a baby on their backs?” “Yes, Caia. We’ve seen them. They are everywhere.” was our reply.   Caia shot back, “We should help them. We should take care of their babies so that they can go to work.” We were absolutely floored.   Even today I get goosebumps when I share of how God used our 6 year old to speak to us in that moment.   Suddenly we realized that maybe we were on the right track.

As someone who is fully committed to indigenous missions, I want to see locals engaged in ministry since they already have the language and culture intact. I did not want to be out in front. I was tired of starting things. So, I figured, let’s find a local NGO who we can provide a bit of support, and then watch them run with it.   So, we started going from group to group telling them about this somewhat niche’ idea. Time after time we heard. “We don’t feel called to work with children that young.” Or, “shouldn’t kids that young simply be given up for adoption?” Or, “we’d love for this project to happen, but it can only be focused on our church people.” Or, “that kind of work is far too expensive and intensive for us to engage in.”

As I shared my frustration with my Ethiopian friend Alayu, he told me, “If you don’t start it, nobody will. You will need to take the lead.” I gave Alayu some half-hearted response about how I was tired of starting things and did not even have the first idea how to start here.   His response, “What if me and my friends help you?” I knew with good people like him around it was possible – so I was in.

This led to months of proposal writing, re-writing and re-envisioning. That first Project Proposal consisted of 48 drafts and nearly 60 pages until it finally was accepted.   Alayu and I had practically lived in government offices during that season as we would go and sit for 8 hours at a time, waiting for the right person to come back from a tea break who could tell us what needed fixed this time or how we would need to expand the project or come up with more funding.   It was faith-stretching to say the least.

One of the challenges we faced was trying to convince why it was a good idea to have a Day Care for the poor. Back then, Day Care was really only known as something for the rich. Day Care was expensive and elite. There also were a number of business people who were starting them to make a profit, but without giving exceptional care to their clients. The idea of offering Free Day Care to the poorest of the poor, while expecting nothing in return, short-circuited the brains of many of the desk workers in offices in those days.   We had to persistently make a passionate appeal while also giving assurance that we truly did not want anything – other than an opportunity to express God’s love in action by freely giving.

Alayu was such a good friend and such a gift from God during that time. While we often get credited with founding the organization known as Embracing Hope Ethiopia, it simply is not true. His name should be seen far more often than our names. Without Alayu, this dream would still be sitting on a desk somewhere or lost in an archived file room.

In January 2011 we finally had our license, but there still was to be a season of waiting.   We needed to wait for various offices on different levels of government to approve of our plan.   There were more headaches and heartaches, but finally the first week of April 2011, the project was given final approval to open and our local government officials showed up to cheer us on. They were excited to know that we were ready to partner with them.

One of the things I knew from my years of working with the poor in various settings was that we needed the full engagement of the local officials and community leaders if we were going to see a lasting, sustainable change in the lives of the poor. Too many times I had seen ministries start, but without cooperating in local government efforts they either duplicated services unnecessarily, developed an antagonistic relationship with officials or worse yet had to close their doors without anyone to try to help them with a phase out strategy. We wanted to see a lasting impact and we knew that the local leaders were a key in that strategy. 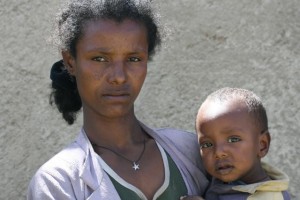 So, we asked those local community leaders to help us find the first 20 beneficiaries. They had lists of impoverished individuals so I was sure that a beautiful relationship was about to unfold. One morning we accompanied those leaders to home after home on their list to see who might fit our selection criteria. But that day I learned an important, life-changing lesson. The poorest of the poor are invisible. The people that were on the community leaders lists were impoverished. It would be wonderful for someone to help them. But in their homes we found that they had cement floors or a tv or a stereo. They were not the poorest of the poor whom we felt led to serve.

So, we disappointed the community leaders as we rejected person after person on their lists. By lunch time they told our team how deeply we had offended them and that we were on our own to find these poorest of the poor folks who “did not exist.”

These leaders simply did not have relationship with the poorest of the poor. These women have no names. They have no social capital. They have no political involvement. In most cases they do not even have an id. They are nameless and faceless women who live in someone else’s compound and in many cases try to beg or prostitute their ways through life to care for their children. They had nothing to give in return for being included in a project. So, they were off of the radar of the community.

We had burned a major bridge that day.   But in retrospect, we also gained a lot of favor in the eyes of some local offices. Within one office in particular there were staff members who had deep hearts for poor mothers and children. They seemed glad that we truly did mean what we had said – we are for the poorest of the poor who had absolutely nothing at all to give. They kept cheering us on.

Stop back tomorrow for the last day in sharing our story…