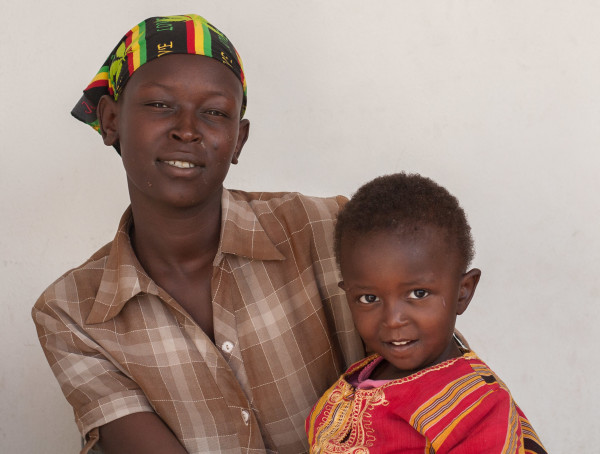 Coming on a Mission Trip? – Part 2

As I mentioned yesterday, the potential is there for teams to leave  a great impact.  The key is simply in the way they present themselves and their willingness to humbly submit to the true needs that exist on the ground.   Any sense of us coming in with something to “give” can leave a poor taste.  But, when we come ready to serve – even when it doesn’t make sense to us – it can be beautiful. 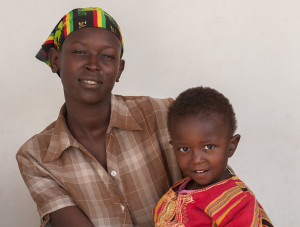 One of those active toddlers 🙂

Consider a recent team that visited EHE.  When they came to the Day Care, I asked them a simple favor.  In one room of the Day Care we have 40+  toddlers.  As you can imagine, it is a crazy place.  It is the kind of place that is easy to walk into and feel alive as kids run, jump and act crazy all over you.   It “feels” like it is feeding the soul.  The problem is that when a group over-excites these kids, these kids then terrorize their caregivers for the 6 hours that are left in the day.  15 minutes of fulfillment for foreigners results in hours of frustration for the staff.   I love our staff – and they love what they do.  Their job is hard enough, without me making it harder.

So, I asked the team ahead of time to try to calmly interact with the kids.  The kids would be crazy enough since there are so many toddlers together.  But, could they please just focus on peace.   That team entered that room, they played hard with those kids and they left them in a great space for interacting with caregivers the rest of the day.  They willingly laid down any desires they had – and they were a Huge Blessing.   It truly is in the small things.

Here is more of Pastor Oscar Muriu’s interview titled “the African Planter” from the Spring 2007 Leadership magazine, continued from yesterday.  May his words help expose places in us where we view ourselves, our cultural identities and our experiences as too important when compared to the actual work that God wants to do on the ground.

So, what happens when there is an interchange?
As a Kenyan, I was quite familiar with America long before the first time I came here. The culture shock for me is minimal. But Americans know almost nothing about Kenya. And so the culture shock when they come is very deep. Some of them see destitute poverty for the first time ever.

When you see poverty in America, on your television, it is sanitized. But the first marker of poverty is that it smells. That’s how you know real poverty: the smell. I have watched short-term missioners come in, and I’ve realized, ‘Oh boy, we need to go and debrief quickly.’ Because they’re weeping, they’re broken, they have an immense sense of guilt. This is more about them than it is about what they came to do.

Are such “learning experiences” the best use of our resources?
The problem for Americans is that if a church isn’t doing these things, it isn’t cool, and the youth program isn’t cool. So there’s a lot of pressure for all youth programs to do this. Short-term experiences have their place, but they need to be more carefully constructed. All too often a church says, ‘We’d like to come for a short-term experience.’ They they say in so many words, “We’re going to do A, B, C, D and we’re in charge.” We want to say, “Guys, you’re coming as our guests.” 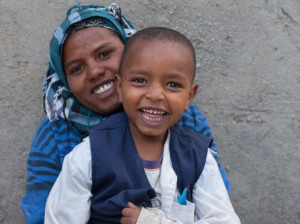 Do you know that when the President of the United States travels, his people take over all the security of the nations he travels to? When he came to East Africa, the airports were completely taken over by Marines. The local policemen were moved out. The attitude was, We don’t trust you. Your people could be terrorists. We’ll do things our way.

Short-term missions tend to be like that: they come and completely take over the agenda, the programs, the life of the church. But that’s not the way you visit a friend.

Americans have two great things going for them culturally.
One is that Americans are problem-solvers…Americans don’t easily live with a problem – they want to solve the problem and move on. The rest of the world is more willing to live with the problems.

The second great thing for Americans is that your educational system teaches people to think and to express themselves. So, a child who talks and asserts himself in conversation is actually awarded higher marks than the one who sits quietly.

How are these traits seen, say, in Africa?
These two things that are such great gifts in the home context become a curse when you go into missions. Americans come to Africa, and they want to solve Africa. It’s much too complex for that. And that really frustrates Americans.

So, what should talkative, problem-solving Americans do?
I tell Americans: “We’re going into this meeting. Don’t say anything! Sit there and hold your tongue.” When you sit around a table, the people speaking always glance at the person they believe is the most powerful figure at the table. They will do that with You when you’re the only American. And at some point, they will ask you: “What do you think?”
Don’t say anything. If you say anything, reflect back with something like, “I’ve have heard such wisdom at this table. I am very impressed.” And leave it at that. Affirm them for the contribution they have made. Don’t give your own opinion.

Americans find that almost impossible. They do not know how to hold their tongue. They sit there squirming, because they’re conditioned to express their opinions. It’s a strength at home, but it becomes a curse on the field.

In a sense western missions has been marked by that. But isn’t it strange that Jesus not only entered society incarnate at the weakest point, as a defenseless child who need the care of his host community, but he also told his disciples: ‘Do not go with money; do not go with a second pair of shoes; go in a stance of vulnerability; be dependent on the communities you visit”? Isn’t it interesting that for 30 years he doesn’t speak out; doesn’t reveal himself; he remains quiet, and only after 30 years of listening and learning the culture does he begin to speak.

So how can Americans communicate well with Africans?
When we communicate in Africa, we are very guarded in what we say. We don’t want to offend. Westerners say that Africans never tell you what they really think. They tell you what you want to hear. And yes, that’s true! Because from our perspective, every engagement between two people always has the potential of leading to a lifelong relationship, or preventing a lifelong friendship. Africa is a very relational continent. It’s the relationships that make society work.

In the U.S. Things work irrespective of relationships; in fact, if you have a relationship, it can sometimes work against you. In Africa it’s the opposite. So we are always guarded and gracious in our communication. We want to guard the relationship. When the Bible says, “Speak the truth in love,’ we err on the side of love. The possibility of a relationship means I cannot tell you the total truth until I am secure in this relationship with you, until I know that the truth will not hurt this relationship.

You do it differently. Speaking the truth has a higher premium in your context, so you are unguarded. You speak the truth, all a spade a spade, at whatever cost. And if the relationship suffers, well, that’s too bad, the important thing is the truth was spoken.
We never do that. I’ve had to learn to be more assertive in my dealing with Americans just so they would hear me! I have had to learn to speak truth more directly. Americans have to learn to listen to the relational side of things.

A couple of take aways.

One, is for us to realize that our purpose is not to rescue or to try to “solve” problems.  The truth on the ground is that problems of poverty are so multi-faceted and complex.   Most problems will not even begin to be solved in 2 weeks.  There even are times where we create problems because we don’t understand poverty and we start projecting material poverty into situations where people truly do not think of themselves as being impoverished.   For many, a dirt floor and injera is just fine.  What they really crave is dignity and hope.   True Healing and Restoration takes a long time.

Second is for us to rethink how we do relationships.   Everything is relational and relationship takes a long, long time.  Moving too quickly easily gets misunderstood within this context.   We also need great wisdom and discernment.

Consider what I was recently told by one of our guests.   A mission team leader told about a few years ago when she led a group of Americans into a slum to do ministry.  While they were there, they asked if they could go visit one of the women’s homes.   They went and had coffee in her small one room with a dirt floor, mud walls and a tin roof.  It was beautiful and surreal.  The sights, smells and sounds of that experience stuck with those young Americans.   But then something happened.  The landlord found out that this woman now had connections with Americans and he doubled her rent.    The Americans were back in the US and never would have found out.  They were in their churches excitedly sharing about the cup of coffee they shared in this poor woman’s house, while this woman was suffering from being evicted from her house because she could not afford it.

Fortunately for this team leader, a young Ethiopian man broke from his culture and he told the truth. He called her and told her about the damage that had been done.   While there was little that could be done for this woman, this team chose that in the future they will forego the great experience for themselves for the sake of the best interest of other women.   It was beautiful.

The problem is that often times, we enter into these Missions opportunities as a superior rather than seeing ourselves as simply guests.   We don’t see ourselves as superior – we might even see every indicator that we are equals – but as Westerners we are seen as having more.  We have the resources.   We unknowingly have control of the relationship.   For many, they would prefer to keep this relationship in tact and simply say – “No harm was done.  The woman actually loved having you there.  Please lets have you do it again next time.”   Only the very courageous are willing to boldly stop us Westerners from having our “experiences” so that the voiceless ones we desire to serve can truly be protected.

This time around, how might your team make choices to remain quiet – even when they desire to speak up about a solution to a problem?   How might we choose to be good guests?  How might relationships be prioritized over any kinds of resources being handed out?   How might a team choose to lay down their desires for experiences and great photo ops – for the sake of the least, the last and the lost.

← Coming on a Mission Team? – Part 1
Help us Buy a Van for Embracing Hope Ethiopia →