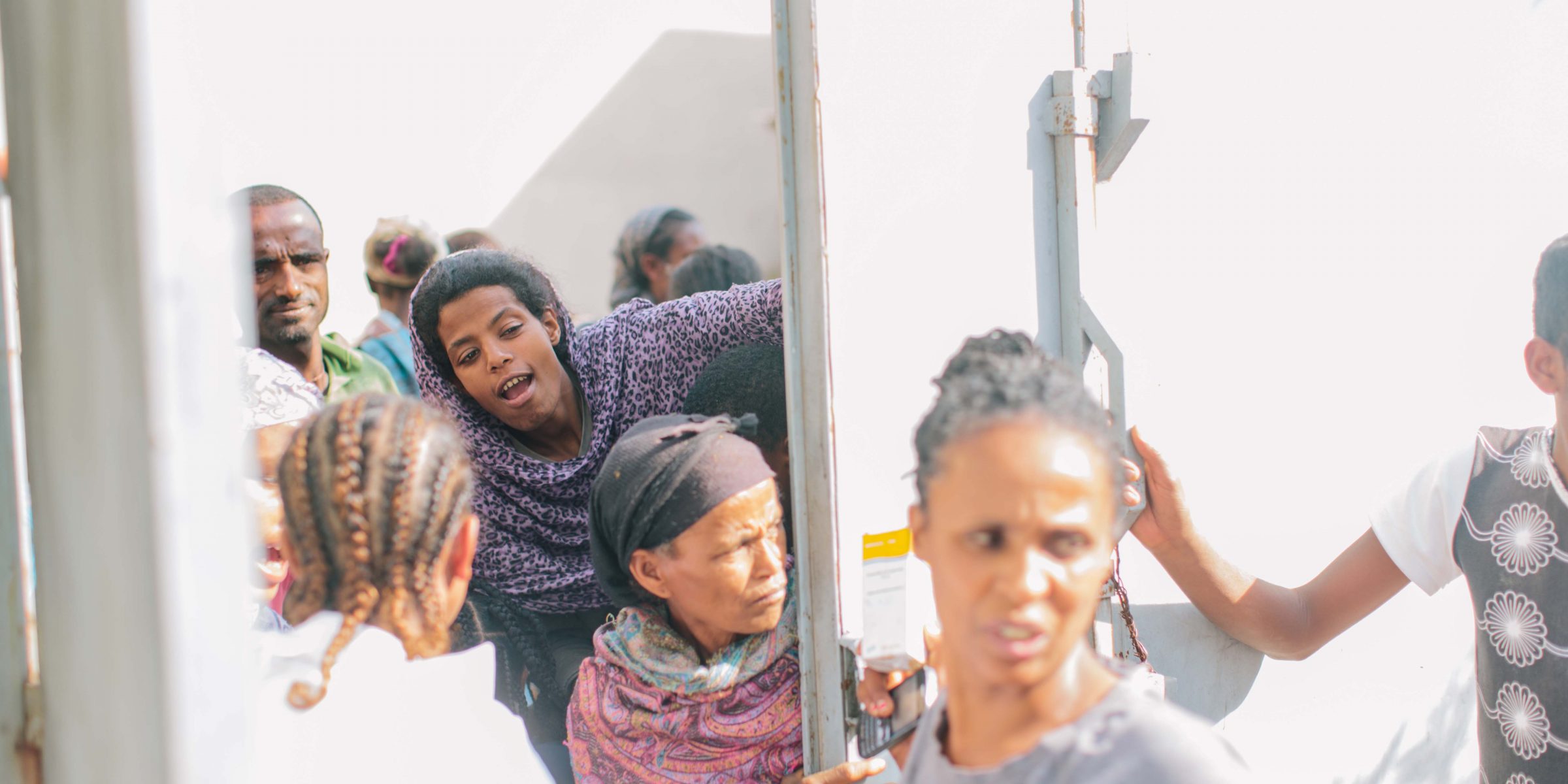 In October, 2011 our Staff first met Mulu* and her daughter while we were adding new families in need. When Embracing Hope staff visited Mulu’s home, they found that she, her Mother and her daughter were all living in one small mud room that was built over the toilet hole. The toilet was overflowing all over the place making it a filthy and desperate place.

They were living in this kind of room out of necessity because he room rent price was less than the other rooms which were suitable to live in. They could not afford a better place because the whole family was living off of Mulu’s Mom income that she received from begging. They could not survive on what she was providing.

Mulu was not working because she was still a high school student. While in High School, she had a boyfriend and became pregnant. During her pregnancy period, she tried several times to abort, but was not able to because she could not afford the abortion payment. In the end she gave birth. After she gave birth, she dropped out of school and stayed at home with her child. When we met Mulu, she was discouraged, and hopeless.

Embracing Hope Staff intervened by providing Day Care and nutrition for Mulu’s daughter. She started to grow holistically and started to thrive. As she grew older she moved up into the Nursery School and into the Elementary School.

Mulu also was provided with a wide range of holistic, practical supports. As a result of these supports, Mulu was free to continue her education while also making handicrafts to help provide for her family. She studied in High School part time and eventually graduated. After graduation, she joined the Teachers Training College. Embracing Hope was privileged to pay Mulu’s school fee, food, medical fee and continued support and education for her daughter.

It was a day filled with great joy when Mulu graduated from Teacher’s Training College with her diploma!! After graduation Mulu got a job as a teacher and was assigned a school that was too far from Kore’ for them to continue in Embracing Hope’s school. However, now this family is in a much different spot and they are thriving!

**Name has been changed in order to protect identity.