Gifts for a Cause 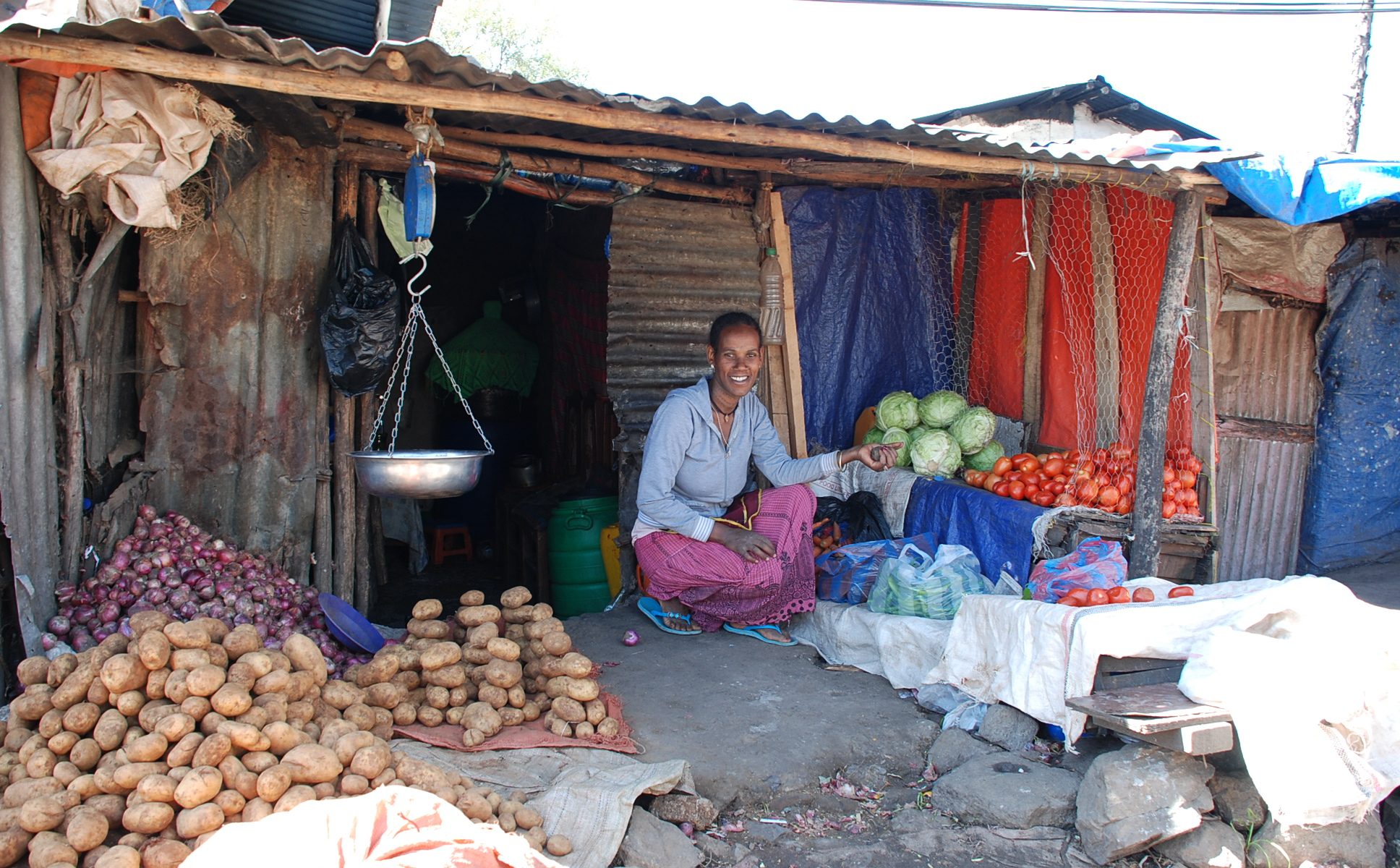 This Christmas, as part of our gift giving culture, many people will give things that people don’t need to people who don’t need it.

This year, join us in giving Gifts for a Cause.  Give a gift that is going to make a change in someone’s life this year.  By giving Bibles, Micro-Grants, Family Sponsorships, Gifts to Spiritual Ministry, Relief and more, your gift can truly change lives.

Visit www.EmbracingHopeStore.com and give a gift in honor of someone you love.  You can choose from giving for Bibles, sponsorships, special kinds of programs, famine relief or just have the money go to wherever it is most needed.  After you make the donation, we’ll email you a card that you can share with the person on whose behalf you gave the gift.

Thank you for making a difference in the lives of the poorest of the poor families in the Kore’ slum this Christmas!

Honor Your Mom while helping a Mom this Mothers Day 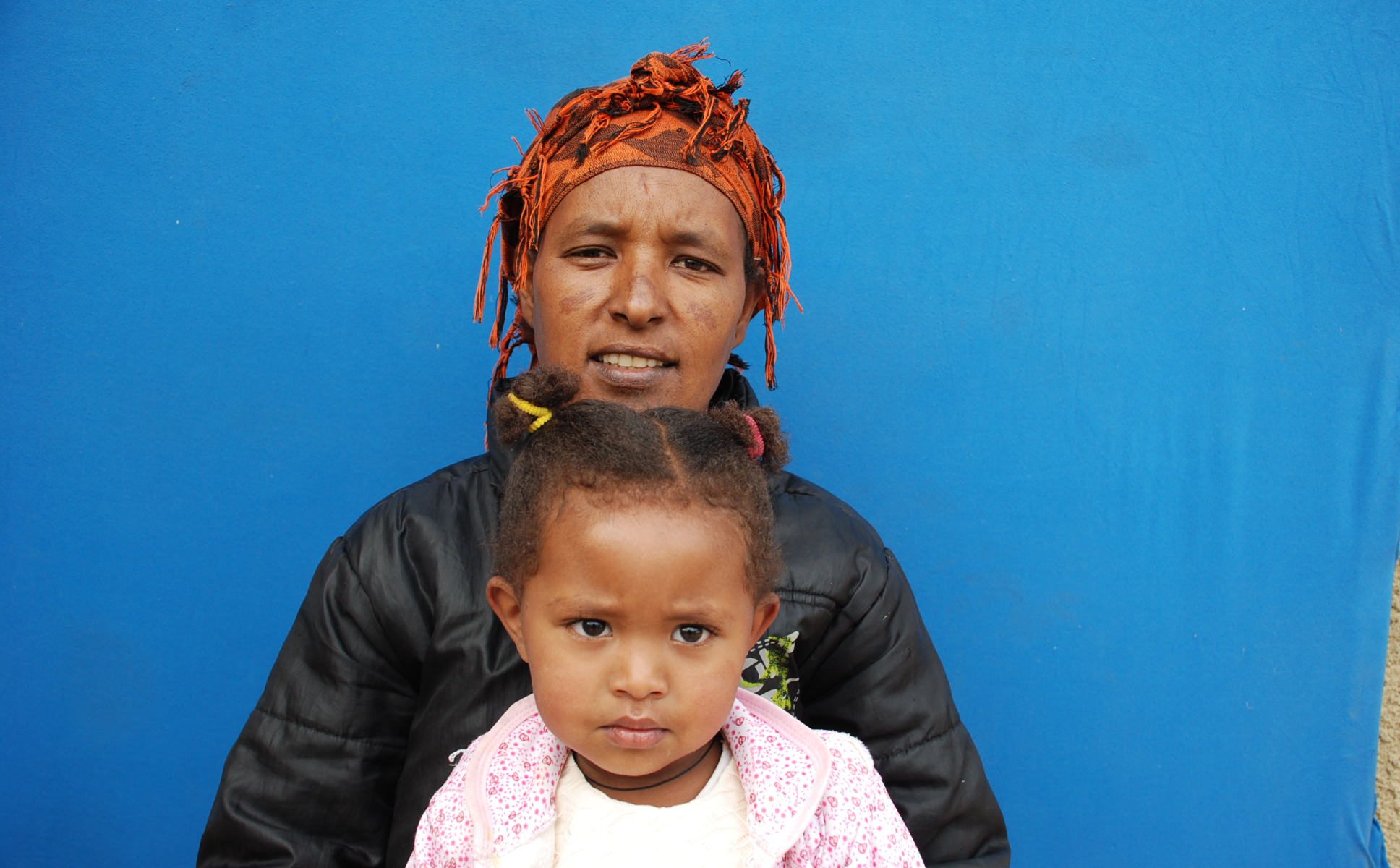 This Mother’s Day, May 13,  you can make a difference in the life of a Mom in Ethiopia while also Honoring your Mom.  Embracing Hope works to keep the poorest of the poor Moms together with their kids in Ethiopia through holistic, Jesus-centered solutions.

By giving a gift in honor of your Mom this Mothers Day, you are helping us keep families together while we share the good news of Jesus in Word and Deed.   At the same time we’ll send you a Mothers’ Day card that you can give to Mom about the difference you made in her name this year – She’ll be so proud.

Consider what one Mom, Katie,  who sponsors through Embracing Hope’s program had to say about family sponsorship and the difference it makes in her life. 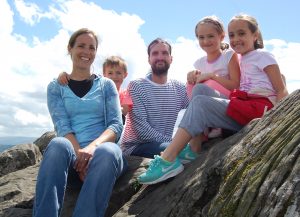 “As a Mom, I cannot imagine living with the fear that my children could be taken from me simply due to not having enough money to provide for their basic needs.  Thanks to Embracing Hope, these wonderful mothers no longer have to and I am blessed by simply getting to be a part of the process!”

And, if you give a gift of $60 or more, we’ll also mail you a free Embracing Hope T-shirt that you can either give to Mom (or keep for yourself).

To Donate in Honor of Mom, simply go to www.EmbracingHopeEthiopia.com/donate/ 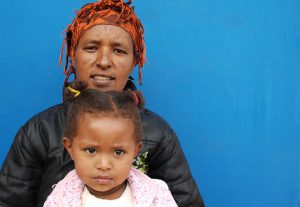 And be sure to note in the comments section “To Honor Mom” and we’ll mail a card to you for Mom as well as a free shirt if your gift is over $60.

If you have any questions, don’t hesitate to ask by dropping us an email at info(at)EmbracingHopeEthiopia.com

Thank you for honoring your Mom this year…and for making a difference for a Mom on the other side of the world, too. 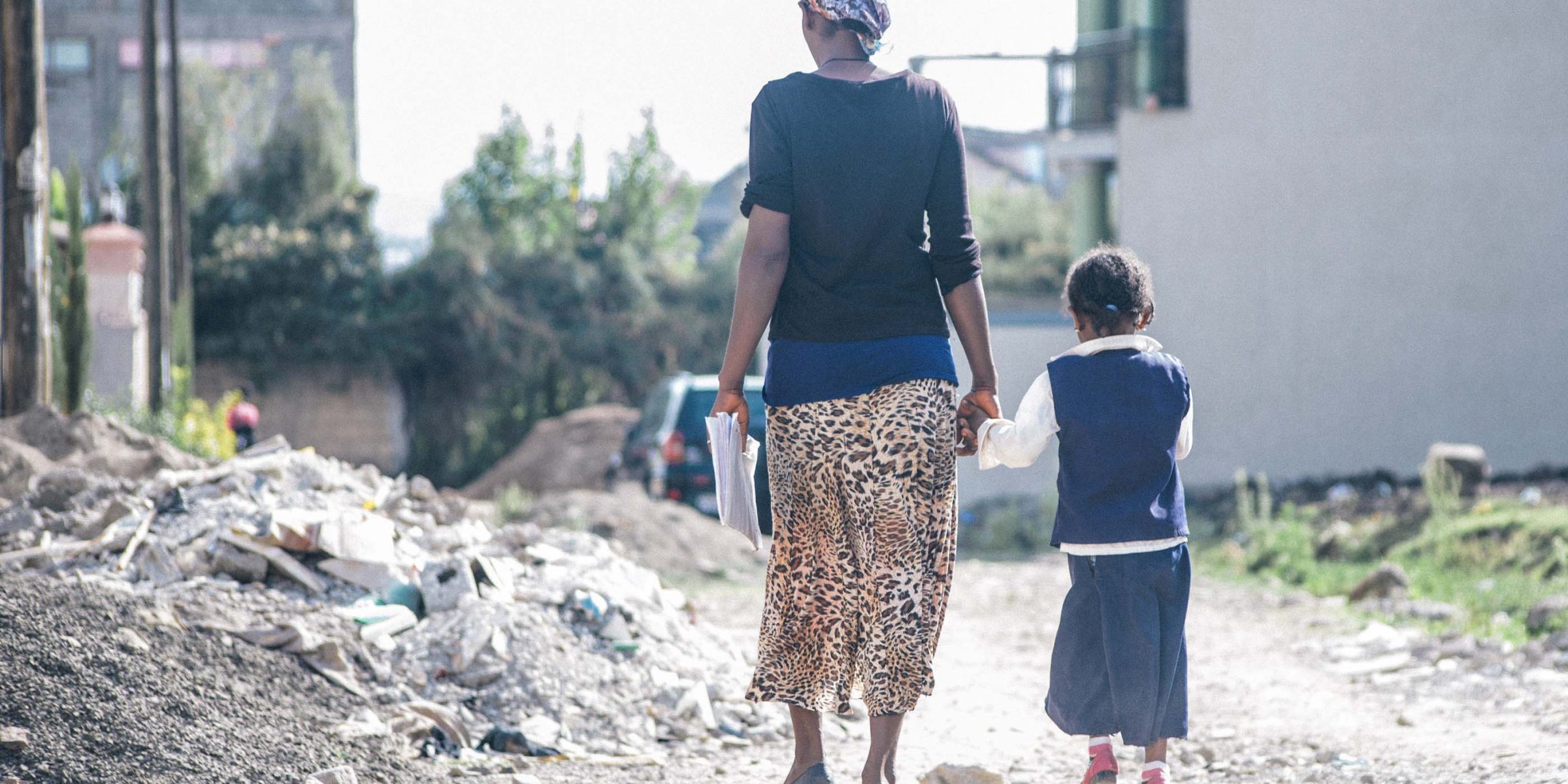 Sipara* grew up in a rural part of  Ethiopia.  As a little girl she used to make traditional baskets from grass.  However, one day her hand slipped as she was making a basket, and she accidentally punctured her left eye with the needle.  This accident left her blind in one eye and led to her no longer being able to continue in school, so she dropped out.

A few years later, Sipara’s mother started to suffer from a disease in her eyes, so Sipara brought her Mom to Addis Ababa to receive treatment.  Doctors performed surgery on her eyes, but the surgery was unsuccessful and her condition got worse.   Within a short time, her Mother became completely blind.

This blindness left Sipara’s Mom totally dependent on Sipara who was also struggling with her own disability.  They decided to not return to their home in the rural area because her Mom’s blindness would be seen as a curse from the gods whom the locals sacrifice to and because she would now be an extra burden on the family.  Mom’s blindness would mean that she could not bring water from the river, nor could she prepare meals any longer, so she would be an extra load on her family members.  Instead, Sipara’s Mom preferred to resettle in Addis Ababa with Sipara.  She became a beggar begging along the roadside and in front of Ethiopian Orthodox churches. Early every morning, Sipara took her Mom to a spot to beg and then late in the evening, she took her back to their room where they stayed overnight.

After dropping her Mom off each morning, Sipara would go to work washing clothing as well as doing daily labor work on construction sites.  However, one day while working on a construction site, Sipara was raped by someone at work and became pregnant.  After she became pregnant, she had to quit her work and only took her Mom back and forth to the begging place each day.  Sipara became dependent on her Mom’s begging in order to survive until she gave birth to her child.

After Sipara gave birth, she started to beg together with her Mom and her little baby, Yordanos*.  Their situation was desperate as all dignity had been stolen from their family through one tragedy after another.

It was at this time that Sipara heard about Embracing Hope Ethiopia’s free Day Care and other supports. Early one morning, Sipara arrived at our offices, dressed in filthy clothes and really depressed about her situation.  She reached out in the midst of desperation and she was provided with various holistic supports including; basic needs, intensive counseling  and medical care.  The immediate holistic intervention became a foundation for her to be able to change her future life.  And for her daughter, Yordanos, instead of staying the whole day in the sun and unsafe and dirty places while her mother was begging, she now was provided a clean and safe Day Care Center where she received nutritious meals, medical care, early childhood education and socialization in order to grow healthy and be happy as a child.

That scene occurred 4 1/2 years ago, but today life is much different for their family.  EH’s local staff stepped in to provide basic needs and Day Care, which freed Sipara to work, while also no longer needing to worry about her child’s care, nutrition and clothing.  Sipara welcomed trainings and social work that helped her to leave begging and start working as a daily laborer and cleaner.  Today, she earns 1,600 ETB ($60) monthly and pays 600 ETB in rent.  While she still is poor materially compared to so many, she is paying her rent and has a totally different outlook on life.

This outlook means that she has been able to buy her own household items while also helping her Mom and Brother.  Recently, she took some of her savings to help her brother with 7,000 ETB to open a small shop so that he could run his own business in the rural area.  Sipara wants her Brother to have a different life, too.  While supporting her mother and brother, Sipara also opened a bank account and started saving money for herself and Yordanos’ future life.  Her savings have now reached 15,146 ETB ($550)!

Sipara’s dignity and hope have been restored and she has gained great confidence to work and bring change in her life. She also has seen her child, Yordanos, thrive.  Today, Yordanos is a healthy, full-of-life Grade 1 Student in Embracing Hope’s School who has a future hope that her Mom did not have growing up.

Because of your support: a Family has been preserved, a potential orphan has been prevented and dignity has been restored for this family as they have moved from begging to being productive.  Thank you!

Help us to help others like Sipara and Yordanos. Please spread the word about Family Sponsorship and the many families we need sponsors for. You can view those families at www.EmbracingHopeEthiopia.com/sponsorships/