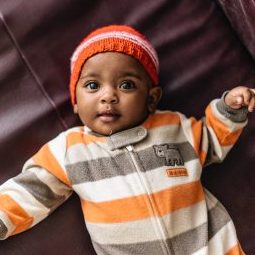 “‘ will send my messenger, who will prepare the way before me. Then suddenly the Lord you are seeking will come to his temple; the messenger of the covenant, whom you desire, will come,’ says the Lord Almighty.” Malachi 3:3

In our neighborhood we have a unique method for receiving important news.  A man walks around our neighborhood with a horn that he blows and then yells the important announcements.  Typically the announcement is about a funeral or a government meeting.  And typically he blows his horn and yells his message in the middle of the night – at 3 am or 4 am – a very inopportune time to be receiving the news in my opinion.

Malachi is blowing the horn and yelling a message to get the attention of God’s people – Wake up and listen!  His words became something for God’s People to hold onto for generations to come.  It was good news – Help is on its way.  There is a messenger coming.  He will then prepare the way for The Lord to come to His temple and make His presence known among His people.

One of the people that Malachi is referring to is John The Baptist.  He is coming to prepare the way.  He is going to set the stage for God to bring huge transformation to everything.  So the people wait and they watch…and they start responding when John starts his ministry.

People were waiting for The Messiah to arrive and they were ready for someone to bring change.  They had waited a long time – trusting that God would keep His promise.  And He did.

However, we do see in Malachi’s message that when The Messiah would come there would be some fallout.  He was to come as a refiner and a purifier.  He would be turning up the heat and scrubbing things clean, because God’s way was more important than any sense of false comfort.  God’s way would require cleansing and purification.

What was God concerned about?   What were the sins He planned to see burned off as impurities as the heat was turned up?  In verse 5 we get the list.  The first couple are ones that we heartily and quickly say Amen to.  Of course sorcerers, adulterers, perjurers – we expect God to name these as sinful folks.  But then Malachi continues – those who don’t pay their laborers fair wages, those who oppress widows and orphans, those who don’t treat immigrants well.  Ouch.  All of sudden God is speaking to virtually all of us – through commission and omission.  We are called in front of the refiner and the launderer and we are impure and dirty.

Of course if we put our trust in Jesus we have been declared righteous and pure.  Our filthy rags have been taken from us and we instead are clothed with robes of righteousness – Jesus’ righteousness and forgiveness.

Yet, we still are called to give way to the refiner and the purifier.  He continues to convict us of our sin and call us to a life marked by holiness and wholeness.  He still has some things to burn off of us.

Perhaps Christmas time in The West is the most difficult time of the year to give in to the refiner.  When the call to buying and consuming and materialism and gorging ourselves with food and lavishness is vying for our attention; we many times turn our backs to the Refiner.  We turn from Jesus’ call to serve others generously to instead indulge in a culture that says “You deserve it.  Buy it.  Pay for it later.”  We take a break and we indulge in the very forces that cause us to forget the fair wages of laborers, the widow, the orphan and the immigrant.  We overindulge and forget about their plight.

May The Refiner turn up the heat and the Launderer lather us up.

This Christmas season consider continuing to submit yourself to the Refiner’s Fire.  Allow Him to convict you of the forces that are at work and bring about change that marks a Jesus follower living out Kingdom life…even at Christmas time.