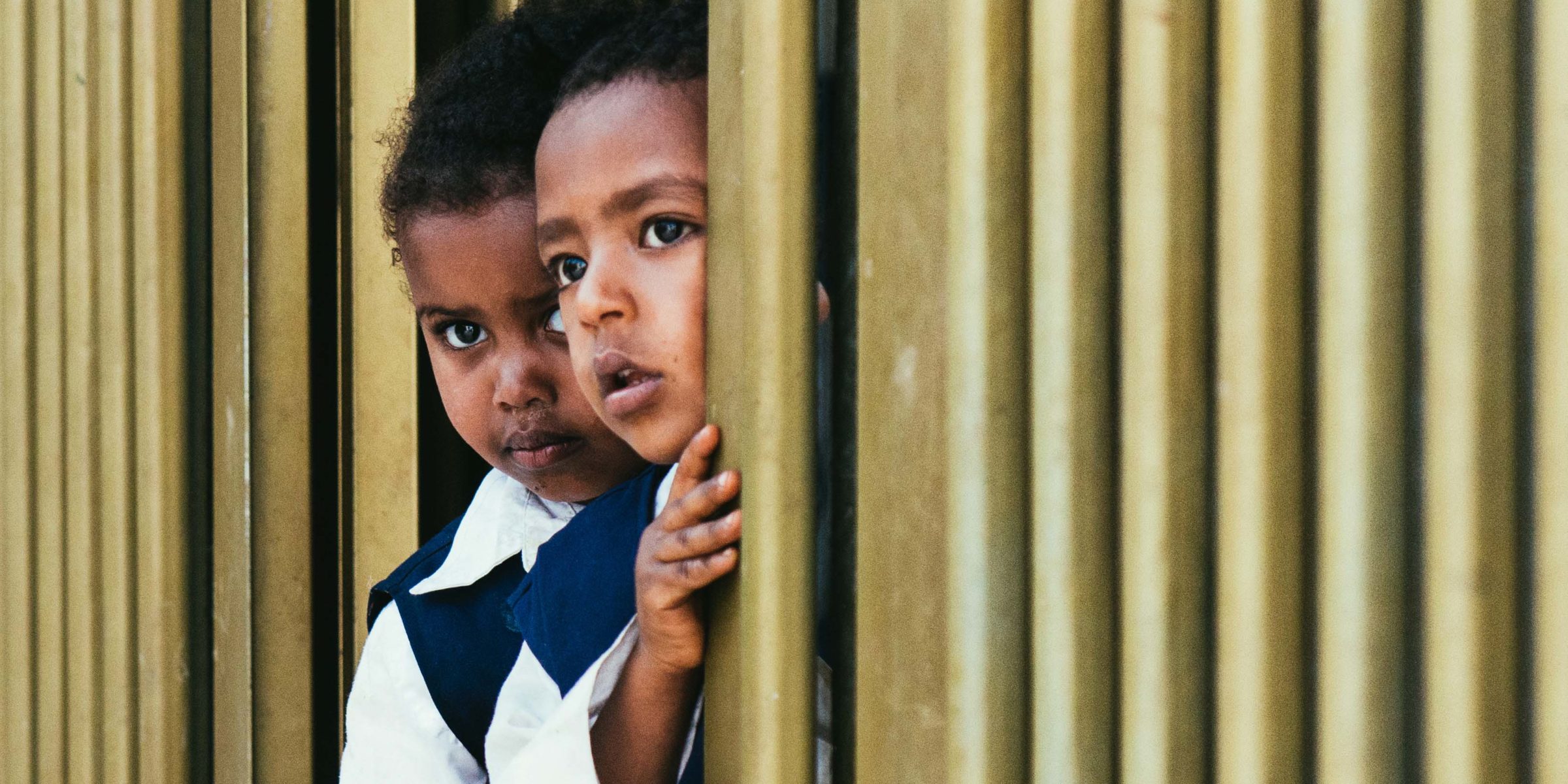 “He will judge between many peoples and will settle disputes for strong nations far and wide. They will beat their swords into plowshares and their spears into pruning hooks. Nation will not take up sword against nation, nor will they train for war anymore. Every man will sit under his own vine and under his own fig tree, and no one will make them afraid, for the LORD Almighty has spoken. All the nations may walk in the name of their gods; we will walk in the name of the LORD our God for ever and ever.” Micah 4

Tension.  Paradox.  These are the contrasts that we try to avoid within a culture that prides itself on rationalism.  We want it black or white.  Give me a definite answer.  Boil it down to its lowest denominator.  Let’s get sub-atomic in our explanations.

Many Ethiopian Orthodox theologians on the other hand have no problem with paradox and contrasts.  They are able to hold in tension a series of explanations on a topic and in the end talk about the Mystery of God and how paradox is a beautiful expression of who God is outside of time and space (and our tiny minds).

I believe that those who can handle paradox and tension more readily find the value and the promise in a passage such as Micah 4.  This is a beautiful passage that talks about the Coming King.   Israel was waiting for this King who would bring restoration and peace and life – finally God’s Kingdom would be established and the Holy City of God would be their home!

As Jesus arrives on the scene, promises such as these continued to ring in the ears of the people.  When would the Messiah come and restore everything?  There were many in that day claiming to be the Messiah who was going to deliver this restoration.  Some by force.  Others by magic.  For a time they even wondered if John The Baptist might be the one who was to come.

They wanted so desperately to discover The King because these are great promises that Micah made.  Liberation.  Peace.  Weapons beat into plows.  Prosperity (echoed by everyone sitting under his own fig tree).  God being recognized by all nations.  God’s Presence being made known.  It was the promise of Paradise restored.  Of course when Micah prophesied he also talked of dark days that would first come, but could they possibly be finished and today be the day of The King’s arrival?

Into this picture Jesus came and He was misunderstood.  He did not come as the great King with a triumphant entry on a white horse leading a great army to overthrow Rome, as they expected.  Instead He came as The King who was overcoming an unseen empire ruled by Satan.  He went straight to the source of evil and demonstrated how God’s Kingdom was breaking in and defeating it.

So, how do we live today?  Tension and Paradox are the name of the game.  To simply put Micah’s prophecy out there as a future fulfillment does not line up with Jesus’ words and actions.  Today you and I get to live as agents of Micah 4 in under the power of the Holy Spirit, while we wait for the future fulfillment.  Peacemaking starts with you and I.  Bowing before the King starts now.  Freedom begins today.  Living lives full of His Presence and contentment begins now.

The King has come.  He is here.  His Kingdom is breaking in.  As we sit one week away from celebrating Christmas day, may we live like it today.