What is the first thing you think of when you think of Ethiopia?  If you are like most people you think of drought, famine and disease.  While that is a part of the history of Ethiopia, to think of it in those terms would be like saying the United States is 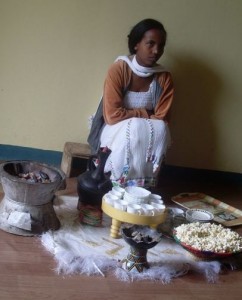 best known for its gang related violence.   While famine is a part of Ethiopia’s history (and food security continues to be an issue today) it is only a small glimpse into Ethiopia’s history.   And, while Ethiopia is very susceptible to climate changes and ongoing issues of drought, to think of it as a barren wasteland would be a total mischaracterization.

In reality, just like there is much more to the United States than gang violence, there is much more than what the media might report about Ethiopia.   There is much for Ethiopians to be proud of.  Ethiopia can trace its history as a nation the whole way back to before the time of King Solomon.  It is difficult to find many cultures that surpass this longevity nor its richness.   Ethiopia is home to over 82 languages and over 200 various dialects are spoken throughout the country.  Amharic, the national language, is a Semitic language which has endured for centuries and which infiltrates all areas of the culture.

From a religious perspective, Ethiopia is approximately 45% Ethiopian Orthodox, 20% Protestant, 30% Muslim and 5% animist. 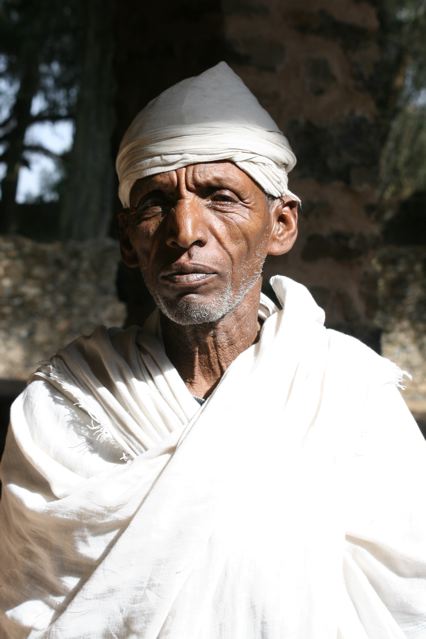 Christianity within Ethiopia traces its way the whole way back to the Book of Acts when Philip met the Ethiopian eunuch and baptized him as a follower of Jesus.   Formally, it was in the 4th century when 2 missionaries arrived in Ethiopia and Christianity started to spread.   There are many practices and beliefs for followers of Jesus in the rest of the world today which owe themselves to the history and practice of Ethiopian and Coptic Orthodoxy.   The influence of Ethiopian Orthodoxy on the culture is striking and thorough.  This influence is even apparent in the way greetings are conducted.  The typical greeting is Dehna Neh (Are you fine?) to which the response is “Dehnaninn Igzabier Yimessgen (I am fine, God be praised).

Geographically, Ethiopia is one of the most diverse places imaginable.  From the mountainous peaks of the highlands to the grassy valleys of the Rift Valley to the Eastern desert of the Danakil Depression, the geography is every bit as diverse as the people who 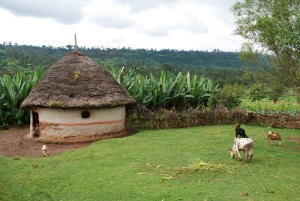 live there.  And, all throughout Ethiopia is farmland – mostly very small plots that are farmed by subsistence farmers as well as a growing commercial farming industry that is gaining ground.   Altitudes in Ethiopia range from 4,000 meters in the Simien Mountains to below sea level in the Danakil Depression.  Unfortunately, Ethiopia does not have a seacoast because of having lost a few wars along the way.   So, today it is bordered by Sudan, Somalia, Kenya, Djibouti and Eritrea in the Horn of Africa.

The Weather in Ethiopia is hard to beat.   While the highlands can get pretty cold and the low lying areas can get incredibly hot, Addis Ababa is an amazing 70 degrees F most of the year.  There are two distinct rainy seasons –  a short rainy season (Belg) which arrives in February and only lasts for a month or so and a longer rainy season (Krempt) that arrives in late June and hangs around until September.  Farmers rely on these two rainy seasons to create two growing seasons.   They truly are dependent on the rains coming for their ability to eat later on in the year.  Even during the rainy season, the sun comes out most every day.  This has helped the Tourism ministry to tout Ethiopia as having 13 months of Sunshine.

Ethiopia also has the distinction of having its own way of telling time and calendar.  Ethiopians tell time on a schedule that is 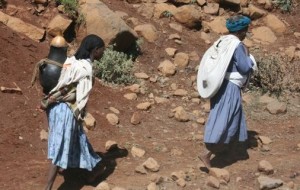 based more closely on sunrise and sunset – like one would expect of biblical cultures.   6am is known as 12 o’clock, and 6pm is also 12 o’clock.  This becomes pretty easy to tell since we are so close to the equator and therefore have pretty close to 12 hours of sunlight and 12 hours of night year round.   Added to this is a calendar that has 13 months.  12 of these months are 30 days long and then the 13th month is either 5 or 6 days long (in the case of a leap year).  The differences in calendar also means that Ethiopia is in a different year.   The year 2010 by the European calendar is the year 2003 here in Ethiopia.  September 11th is New Years Day.

Despite the richness of history and culture, Ethiopia has faced many challenges, too.  In the 40’s Mussolini and the Italians occupied Ethiopia and it brought a lot of bloodshed.  In the 70’s The Communists took control of Ethiopia after overthrowing Emperor Hailie Selassie.  Then in the 80’s due to a number of circumstances severe famine hit Ethiopia. Eventually in the early 90’s the communists were overthrown in a revolution, however the effects still linger throughout Ethiopia.  Over the past several years there has been continued devaluing of the currency – from 10 ETB to $1 US in 2008 to over 16 ETB to $1 US in 2010 as well as a rate of inflation that spiked very high in 2009.   Despite all of these issues, Ethiopia has continued to develop and grow in infrastructure and economically, however. 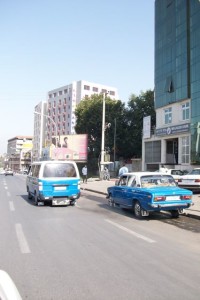 The capital city of Addis Ababa is nicknamed the diplomatic capital of Africa.  This is due in part to its strategic importance within the Horn of Africa as well as the presence of the United Nations operations and the African Union’s headquarters.  Although Addis almost did not survive until the late 1800’s because of a lack of firewood, it has rebounded to become one of the largest cities on the continent.   Now, at approximately 5.5 million people, Addis Ababa is a huge city that is full of new construction of large office building and new roads.   Despite the new construction and the growth of a middle class, there still is extreme poverty present here.  It is not uncommon to see the homes of the wealthy right next door to tin or tarped shacks.

The area of the city where we are working is named Kore’ (or Korah as some Westerners know it).  Kore’ (pronounced Kor-A by the locals) was started as a leper colony 80 years ago outside of the city limits.   It was purposefully placed outside of the city limits to avoid possibly infecting others.  It became known as a cursed and forgotten place.  Eventually the city garbage dump was placed in Kore’ as well.   It became a place affected by disease, poverty, and a whole host of social problems.   It was a place of isolation and despair.  Eventually the city grew around Kore, yet Kore’ still maintained its image of being a forgotten and cursed place where people who grew up there found it difficult to escape and those who lived there found it difficult to not be discriminated against as they sought work in other parts of the city.   Today, Kore’ is home to over 120,000 people – many of them the poorest of the poor of Addis Ababa.  Disease is still prevalent – leprosy, TB, HIV/AIDS, and respiratory problems.  The vulnerable suffer – the elderly, the widows, and children.  There is a high rate of orphans – some of which scavenge their food from the local garbage dump.  Clean water and sanitary conditions are hard to find.   Unemployment is very high.   Single moms make their living begging or prostituting or selling small piles of potatoes or finding anything of minimal value in the dump – and they take their small children with them for the whole day while they do it.   Many children do not have opportunities to get a good education – even if they could attend school, they would not have the money to buy a uniform that they need to purchase to attend.   There is little “natural” hope to have if one lives in Kore’.

Yet, despite all of this…God is at work and He is bringing His hope to people in a beautiful area of the city.